he composite functionality in SAP Lumira designer is great. To illustrate this, I would like to demonstrate the capabilities with an example of a report I build using composites.

In this example the financial department liked to see an actual/budget comparison for the different organizational units within the company. Based on sample data the draft in Excel looked like this. 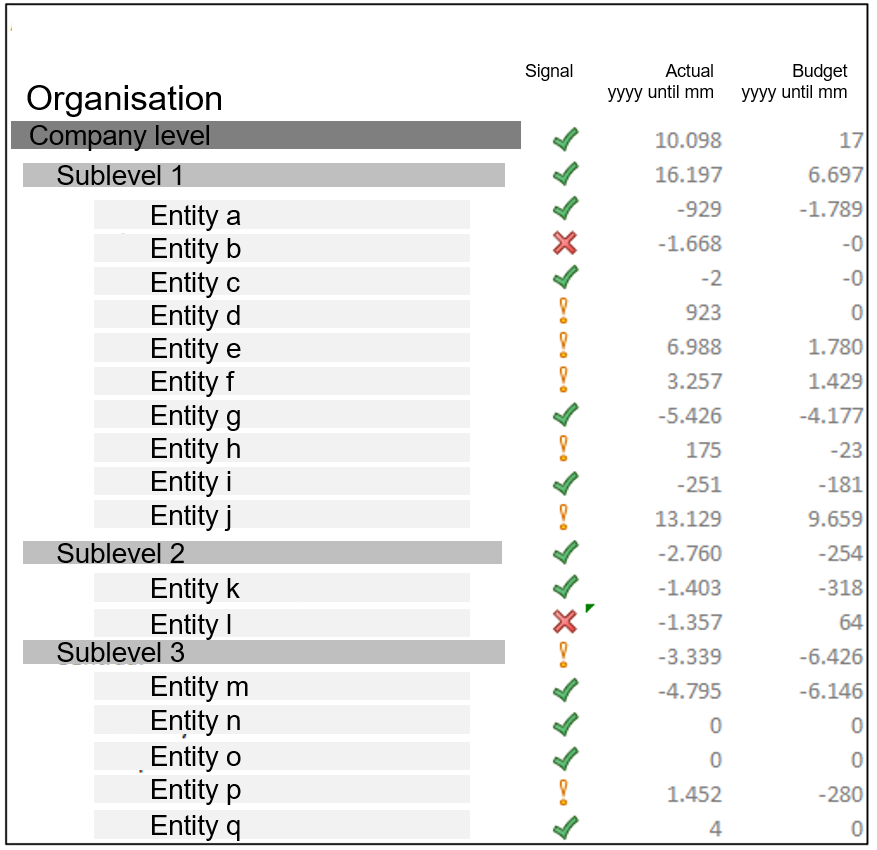 The organizational hierarchy is based on profit centers. Per entity the actual and budget figures are shown. A signal indicator shows of the difference is within tolerance levels.

Within the reporting team are guidelines are to work with the IBCS guide book, so these rules were applied. So below some examples, taken from the website https://www.ibcs.com/.

Embed chart elements in tables :  The given draft included table information and graphical elements, so these can be nicely combined.

Unify outlier indicators :Since it was expected in the graph that there would be big numbers and small number, it is necessary to handle toe outliers

Also an indicator was added to signal entities that need attention.

So after this discussions on the design, the new draft became: 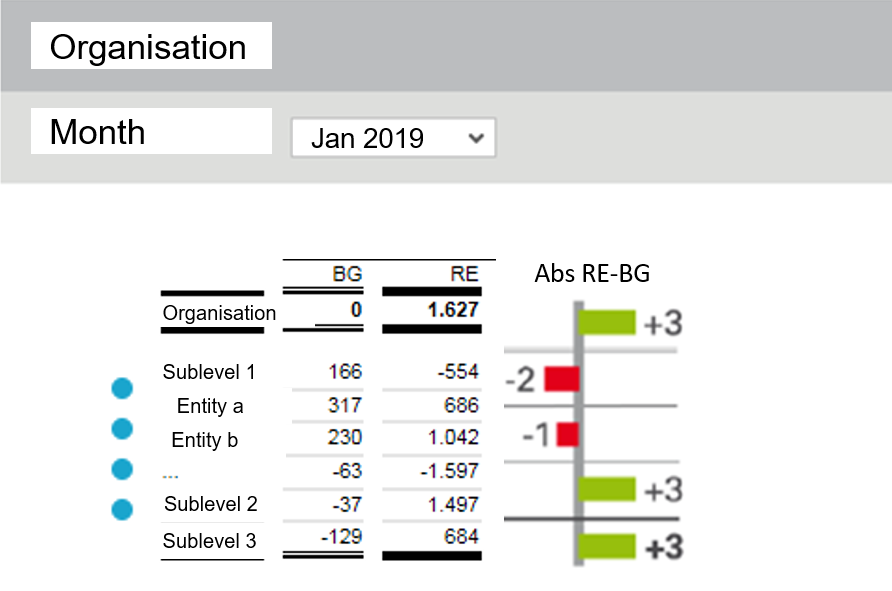 In the previous version of Lumira Designer, SAP Design Studio, I would have asked a developer to build a SDK component that would give me this figure. With the composites option and  the new feature to iterate over a result set (see this blog), I can do this myself

The data in this case is provided by a single BW Bex query containing the columns: actual data, budget data, differences in % and absolute, graph color indicator, attention blue indicator. In the rows is one characteristic, the profit center hierarchy.

The composite is built with very simple components as text, panel and icons. Based on the row iterations on the data, a new row composite is created and filled with the relevant parameters for data and formatting.

It is clear that with the new functionalities BI developers have a lot more possibilities to create great visualizations without having to learn SDK skills. This is a lot easier for development and maintenance.

So in conclusion: Composites are a great new functionality in SAP Lumira Designer